I was going through some photos and found one of Ellie, our boxer/coonhound rescue, shortly after we brought our ridgeback puppy home. Ellie has been wonderful in terms of being a mother and a playmate. However, she did at times claim the puppy’s bed as I’ve shared in another post. I thought this picture would be fun to for you to see. 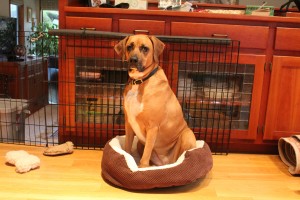 Here’s one of my new friends–a Rhodesian ridgeback puppy. His nickname is Zoom. He’s decided he’s a lap dog. 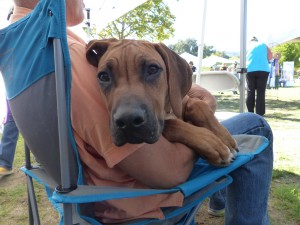 Here’s some “cute” for the day. This is Charlotte, better known as Charlie. She’s twelve weeks old. I was at an event where antiques were being sold, and it was only her second time out in public. She did really well with the crowd and the MANY people wanting to pet her. 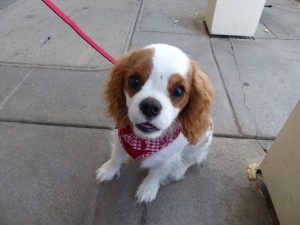 I have a few more photographs from my trip to New Orleans to attend the Bouchercon mystery writing conference I’d like to share. Here are a couple of interesting stores that you won’t find in many places. 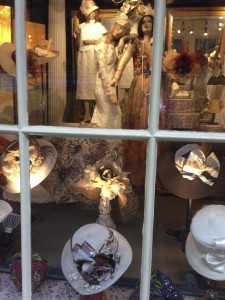 An interesting store in New Orleans. 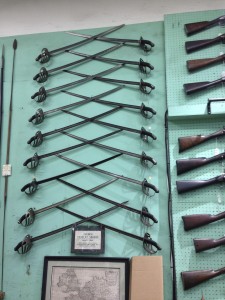 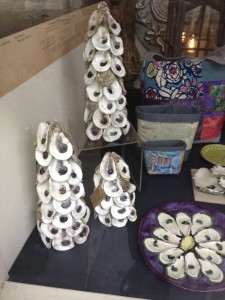 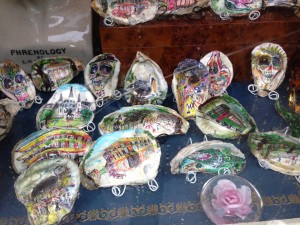 I went to “Dogtoberfest” today with my young dog, Kylie. She’ll be two later this month. I am working to get her out and about as much as possible. She got scared by an aggressive dog and has been very shy since then. She showed a lot of improvement today! There were lots of dogs, and I thought you might enjoy some pictures. Perhaps in preparation for Halloween, some were in costume. 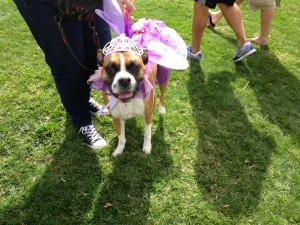 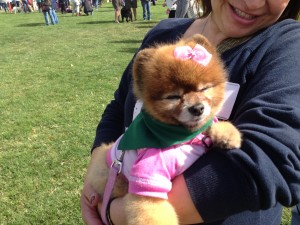 The cover for MURDER AT THE FORTUNE TELLER’S TABLE has been released! It’s always fun to see what the Kensington artist comes up with. 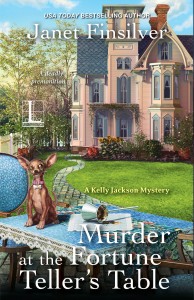 I was in New Orleans for Bouchercon so I felt a visit to Bourbon Street was somewhat mandatory. I strolled down it on Saturday early in the afternoon. There was LOTS of music being played. 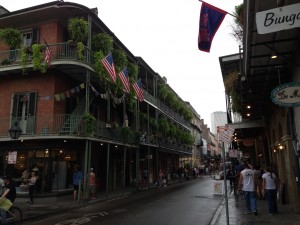 Ting, the ATF dog, was VERY friendly and had a smile and multiple wags for everyone! 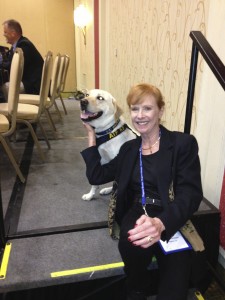 There was a great presentation by the Bureau of Alcohol, Tobacco, Firearms, and Explosives at Bouchercon. They shared about the work they were doing and some of the cases they’d been involved in. Kate Barton was there with her ATF dog, Ting. She did a demonstration with him. They are now using some of the hand signals that people use with field trial dogs so they can give commands silently. At one point in my life I trained a field trial dog, so it was especially interesting to me to see her work. He’s wearing an actual badge on his chest. 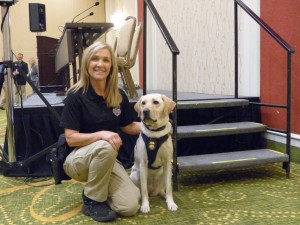